The 2020 global Living Planet Index shows an average of 68% decrease in populations of mammals, birds, amphibians, reptiles and fishes between 1970 and 2016. In the 21st century, the urban expansion, the booming global trade and consumption, as well as the increasing human population are at the cost of overusing the Earth’s biocapacity by at least 56%. In spite of the ongoing efforts, the worldwide biodiversity decline has posed severe challenges to the global ecosystem, food security, climate change and medical resources.

In September 2020, Swissnex in China was delighted to facilitate the collaboration between the University of Zurich’s “Triggered by Motion” project and the Shanghai Natural History Museum. The “Triggered by Motion” project utilizes camera traps as a relatively simple and non-invasive method to observe wildlife, which also brings the audiences closer to a field of research that’s undergoing drastic changes. As part of the collaboration, Shanghai Natural History Museum hosts one of the 20 camera traps in 14 countries, together with an international network of researchers and citizen scientists.

On the occasion of the upcoming UN Biodiversity Conference virtual meetings in October this year, Cafés des Science invites you to join this special edition with Dilsad Dagtekin, PhD student at the Department of Evolutionary Biology and Environmental Studies, University of Zurich (UZH), and Dr. Bicheng Li, Deputy Researcher at Shanghai Natural History Museum, to learn about fruitful progress of the “Triggered by Motion” project over the past year, and to discuss optimized solutions in wildlife management.

First, Dilsad Dagtekin will share her research on the seasonality effects on the co-occurrence of 7 different large-mammal predator-prey pairs by applying multispecies occupancy models with imperfect detection to 11 years of camera-trapping data from an area in northwestern Turkey. Then Dr. Bicheng Li will guide us, through the lens of 8,500 video clips, to have a peek at the wild animals living in Tian Ma Shan Forest Park located in the suburb of Shanghai.

Despite the urban structure setting, we are still living in an intricate and interlinked ecosystem. A balanced co-existence with wildlife can effectively ease the pressure of biodiversity loss and support us living sustainably in the long term. We believe that the informative and insightful presentations by our two speakers will take you on a surprising adventure into the wildlife.

Cissy Sun, Head of Art-Science at Swissnex in China

The Graduate Campus of University of Zurich is developing a video installation titled "Triggered by Motion" together with an international network of researchers and citizen scientists. 20 camera traps in 14 countries are since filming the local environment and all the animals that trigger the cameras by their movement. The video installation will be shown in various exhibition contexts from 2022 and aims to foster the dialogue between science, art and the interested public. The first exhibition will happen in the context of the collaboration between the Graduate Campus and the Museum für Gestaltung in Zürich. 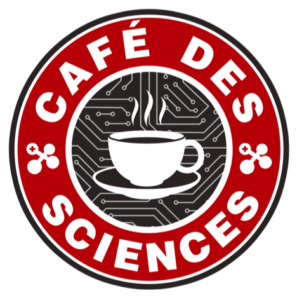 Café des Sciences is an event series at Swissnex in China initiated in 2019, offering a platform for Swiss spotlight scientists, start-ups, artists and designers to present their projects and connect with the local community. The lectures offer a casual setting in which speakers can present their work and engage with the attendees during a Q&A period. Audiences are welcomed to enjoy the networking reception with Swiss flavor after the talk. Starting in 2021, the lectures are scheduled to take place on the third Thursday of every other month at Swissnex in China or our partner spaces.